In 1970, with the founding of Earth Day, millions of people around the world called for urgent action as a result of seeing their environment deteriorate in front of their eyes – smog covering the sky, rivers were on fire, and whales and other species were on the brink of extinction. Further alarm was caused by the nuclear age, bringing up the possibility of a human extinction.

However, people did not despair – they organized, protested and demanded their political and economic systems catch up with the scientific reality that we must pay attention to nature. The result was cleaner air and water, and a species rebound. Public pressure helped to bring about nuclear treaties and an end to the Cold War.

This progress is under threat. The latest IPCC Report indicates that the climate is changing faster and having greater impacts than previously feared. We need to address the disproportionate burden that climate change has on BIPOC and low-income communities, including adverse health outcomes, increased risks from severe weather, and other negative impacts. We need to transform our systems to

Earth Day Boston will lift up our voices to state unequivocally that business as usual must end, the climate crisis must be addressed.

Check back soon for more information. You can watch previous year’s event here. 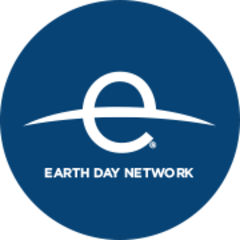